Students with this requirement should ensure that all post-secondary academic transcripts have been submitted to LPC. If Federal Pell Grants were received and credit hours (passing grades: A – D) were not earned at each institution attended during these award years, the student may be determined ineligible for further federal financial aid.

Students who have been notified that they are ineligible for aid because they have failed to earn academic credit at an institution during the period of enrollment under review may submit an Unusual Enrollment Petition to document unusual circumstances that resulted in the failure to gain academic credit.

Students whose aid eligibility is denied as a result of their Unusual Enrollment History can be re-considered for federal student aid after the completion of the unusual enrollment academic requirements:

Please Note: We have an after-hours DROPBOX located in the hallway between the Admissions and Financial Aid Offices, for your convenience. 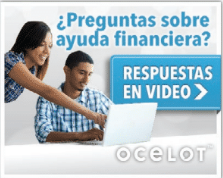