Beginning July 1, 2011, the 2011-12 Satisfactory Academic Progress (SAP) standards have changed in accordance with new federal regulations.  These new SAP standards will be effective beginning with the first calculation after fall 2011 semester and supersedes all previous policies.

All students who have attempted units, having an academic history, will be reviewed for SAP standards.  All periods of enrollment at Chabot/Las Positas Colleges and all units which will count as credit at Chabot/Las Positas from prior colleges for which the student has submitted transcripts will be included as part of the SAP review, regardless of previous financial aid history, in accordance with federal regulations.

Beginning *Fall 2016, students who have not met the college’s Satisfactory Academic Progress standards for two consecutive terms will no longer qualify for a BOGW waiver the following term. This is based on new State regulations.

You must earn at least 50% of units attempted with a minimum 2.0 GPA to meet minimum standards to retain your BOGW.

A student receiving financial aid, with the *exception of a fee waiver, must:

Not meeting the above requirements is considered unsatisfactory progress and will result in a term of ‘WARNING’ after the first offense, during which the student will continue to qualify for one term of financial aid.  If the student fails to meet ALL satisfactory progress requirements while on WARNING,  it will result in Financial Aid DISQUALIFICATION (suspension). The student can regain eligibility by earning a minimum 2.0 term and cumulative GPA and demonstrating both a term andcumulative completion rate of at least 67%.

Students who do not meet term or cumulative GPA and/or 67% completion rate requirements while on WARNING or students who earn 0 units with a 0 GPA for the term are placed on Disqualified Status and will be immediately ineligible for financial aid. Students are expected to successfully meet all SAP requirements on their own prior to being considered again for financial aid.

Repeated courses will count toward the 150% maximum units allowed.  Effective July 1, 2011, a course may successfully (‘D’ or higher grade or Credit/Pass) be repeated only ONCE when receiving financial aid.  Students repeating a course more than once are not eligible for financial aid payment for that course.

Students who have a Bachelor’s Degree or higher from a domestic or foreign school have exceeded the maximum time frame and will not be eligible for federal aid, except possibly loans and federal workstudy.  An Excessive Units Petition must be filed to request an extension of time, and must be approved before loans or Federal Workstudy are granted.

Student Borrowers: In addition to the other standards required, students who are receiving direct loans must enroll in and complete at least six required units toward their goal with a minimum 2.0 GPA each semester.

Students who do not meet term or cumulative GPA and/or 67% completion rate requirements while on WARNING or students who earn 0 units with a 0 gpa for the term are placed on Disqualified Status and will be immediately ineligible for financial aid. Students are expected to successfully meet all SAP requirements on their own prior to being considered again for financial aid.

A student who has exceeded the Maximum Time Frame (150%) rule and cannot regain eligibility on their own for financial aid, must file an Excessive Units Petition for consideration of an extension of time.

Under certain documented circumstances (e.g. student’s serious illness or accident; death, accident or serious illness in the immediate family; other mitigating circumstances) students who fail to meet SAP standards and lose eligibility for financial aid may appeal the financial aid disqualification by filing a  Petition for Reinstatement of Financial Aid.  Students must clearly state what caused the problem and must also clearly indicate what has changed that will now allow the student to succeed. Students must pass all three GetSAP counseling sessions before filing a Petition for Reinstatement of Financial Aid. GetSAP Counseling Online

Appeals granted for students who have reached the Maximum Time Frame will specify that a student be placed on probation for a specific and limited number of terms in order to complete the student’s program.  No appeal for an extension of time will be granted if a student is not meeting the 67% cumulative completion rate or minimum cumulative 2.0 GPA in accordance with federal regulations. The student must continue to meet all satisfactory academic progress requirements each term or will be permanently disqualified.

All Staff are Working Remotely at this Time

We have an after-hours DROPBOX located in the hallway between the Admissions and Financial Aid Offices, for your convenience. 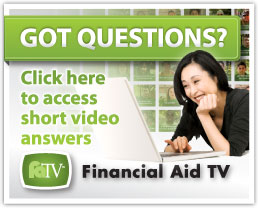 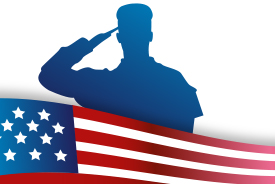