A dramatic work is a work of fiction that is presented as dialogue, or conversations, between characters. It can be read, yet it is meant to be in front of an audience.  When trying to understand a work of drama, it is important to be familiar with the structure of a dramatic work, setting and stage directions, narrative structure ( plot), characterization, and tone:

Dramatic Structure: The Layout of a Dramatic Work

Acts: Dramatic works are not broken up into chapters like novels are but rather acts. Acts can be broken up into the different major elements of the plot, such as the rising action and climax. For more on plot development, visit our page on reading fiction.  Most dramatic works have anywhere between one and five acts.

Scenes: A scene is part of an act, and there can be multiple scenes wtihin an act.  Scenes may occur when there is a character, location, or plot change.

Setting/Stage Directions: Stage direction is part of the script. This may include setting descriptions, sounds, music, lighting, and indicate a character's feelings, tone of voice, who they are speaking to, and their movements.

Prologue: Some plays have a prologue. This can be seen as the introduction to the play. It might give you background on the characters and/or the setting. It may also give us some hints as to how the story will unfold or warn us of something that is going to happen. It may come in the form of a small speech from one of characters.

At the beginning of Romeo and Juliet by William Shakespeare, we have a prologue, which gives us a sense of the setting, the characters, as well as the source of tension within the following acts.

Two households, both alike in dignity,
In fair Verona, where we lay our scene,
From ancient grudge break to new mutiny,
Where civil blood makes civil hands unclean.
From forth the fatal loins of these two foes
A pair of star-cross'd lovers take their life;
Whose misadventured piteous overthrows
Do with their death bury their parents' strife.
The fearful passage of their death-mark'd love,
And the continuance of their parents' rage,
Which, but their children's end, nought could remove,
Is now the two hours' traffic of our stage;
The which if you with patient ears attend,
What here shall miss, our toil shall strive to mend.

Epilogue: This comes at the very end of a dramatic work, and can be seen as a conclusion, wrapping up the play. From this, we may learn about the aftermath of the events that unfolded.

A glooming peace this morning with it brings.
The sun, for sorrow, will not show his head.
Go hence, to have more talk of these sad things.
Some shall be pardoned, and some punishèd.
For never was a story of more woe
Than this of Juliet and her Romeo.

As you read, pay close attention to the overall structure of the work. Have a pen or pencil and a notepad handy, and use the following questions to help you break down the text:

Throughout the play, you may notice description of the characters' surroundings and environment as well as descpitions of their attitude, tone of voice, who they are speaking to, their demenour, and their movements. It may be seperate of the dialogue or integrated into it.

Withing this example taken from Death of a Salesman, Act I,  by Arthur Miller, we see stage directions and setting descriptions both seperate of and integrated into the dialogue.

Willy is gradually addressing- physically- a point offstage, speaking through the wall of the kitchen, and his voice has been rising in volume to that of a normal conversation.

WILLY: I been wondering why you polish the car so careful. Ha! Don't leave the hubcaps, boys. Get the chamois to the hubcaps. Happy, use newspaper on the windows, it's the easiest thing. Show him how to do it, Biff! You see, happy? Pad it up, use it like a pad. That's it, that's it, good work. You're doin' all right, Hap. He Pauses, then nods, in approbation for a few seconds, then looks upward. Biff, first thing we gotta do when we get time is clip that big branch over the house. Afraid it's gonna fall in a storm and hit the roof. Tell you what. We get a rope and sling her around, and then we climb up there with a couple of saws and take her down. Soon as you finish the car, boys, I wanna see ya. I got a suprise for you, boys.

BIFF, offstage:  Whatta ya got, Dad?

WILLY: No, you finish first. Never leave a job till you're finished- remember that. Looking toward the "big trees": Biff, up in Albany I saw a beautiful hammock.  I think I'll buy it next trip, and we'll hang it right between those two elms. Wouldn't that be something? Just swingin' there under those branches. Boy, that would be....

Young biff and Young Happy appear from the direction Willy was addressing. Happy carries rags and a pail of water. Biff, wearing a sweater with a block "S," carries a football.

From the sections of texts in italics, we get a sense of where Willy is directing his speech and his gestures as well as what the characters are physically doing in the scene.

As you read, take time to read and understand the stage directions as they will help you understand each character as well as help you build context. Pay close attention to the setting and any setting changes. Note any integration of music or sounds. Also, pay close attention to descriptions of a character's attitude, tone, location, or who they are directing their speech to.

For more on narrative arch, also refered to as the plot, please visit our reading fiction page.

As you read, try to identify the different essential ellements to the story's plot. Label them as you go, or draw a narrative arch on a seperate piece of paper.

Monologue: A monologue is a speach given by a character in which they express their thoughts aloud. They make directly address another character or the audience.

Sililoquy: A sililoquy is when a characters speaks aloud to themselves and expresses thoughts and feelings. It reflects the character's internal thoughts and dialogue. They disregard those who may hear their thoughts, this being the audience and anyone else who happens to be present.

Aside: This is when a character speaks directly to the audience, and they may be in or out of character. The character's speech is not heard by any other characters.

Tragic Hero: This is a main character, usually the protagonist. They are often portrayed as virtuous, and the audience feels pity or fear for this character. They are also destined for defeat or suffering.

Hamartia: This is a flaw within the tragic hero that contributes to their downfall.

For more on the different types of characters you may come accross in a dramatic work, visit out page on fiction.

As you read, take some time to pay close attention the main character's development as well as any monologues or sililoquys that the characters speak. The following questions will help you reflect on the significance of those speeches as well as determine if the main character is a tragice hero:

Tone is important to our understanding of a character's thoughts, feelings, and  attitudes. When paying attention to tone, you will want to take a look at their word choice, sentence structure, and sentence style.

Below you will find an example from Death of a Salesman, Act II. Willy Loman, the protagonist, has just been fired by his boss, Howard.

HOWARD:  I appreciate that , Willy, but there just is no spot here for you. If I had a spot I's slam you right in, but I just don't have a single solitary spot.

He looks for his lighter. Willy has picked it up and gives it to him. Pause.

WILLY, with increasing anger: Howard, all I need to set my table is fifty dollars a week.

HOWARD: But where am I going to put you, kid?

WILLY: Look, it isn't a question of whether I can sell merchandise, is it?

HOWARD: No, but it's buisness, kid, and everybody's gotta pull his own weight.

WILLY, desperately: Just let me tell you a story, Howard-

HOWARD: 'Cause you gotta admit, buisness is buisness.

Here, we get a sense of Willy's anxiety, fear, and his desperation. Notice how Willy tells Howard that he will tell him a story rather than asking him if he can tell him a story, reflecting his discomfort with the situation he has been put in. Also, take note of how Willy refer's to Howard by his first name and Howard often refer's to Willy as "kid." Towards the end of this passage, Howard's responses to Willy become more impersonal, reflecting his buisnesman mindset.

As you read, pay particular attention to any trends or patterns you notice with each character regarding their choice of words, sentence style, sentence structure, or even the punctuation. With a character in mind, use the following questions to help you further understand them. Have a pen or pencill and a notepad handy for taking note on the characters: 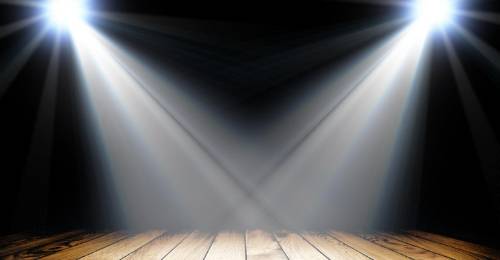 This page was created by Megan Garcia.