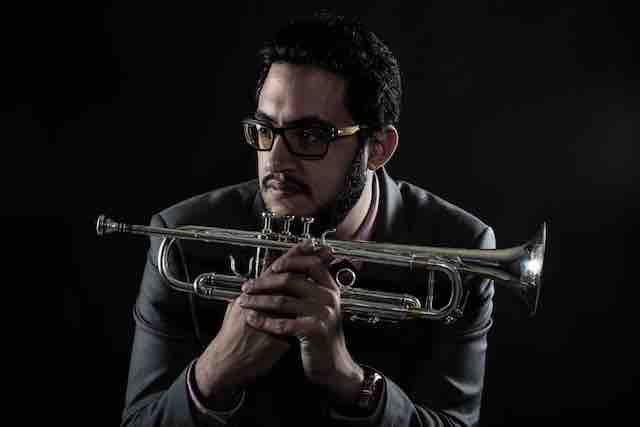 Mario Silva is an American trumpeter, composer, and arranger. As a multi-faceted musician who has been playing for 21-years, Silva’s distinct style has landed him recognition and respect within the global music community, earning him a certificate Grammy for his performance with Morgan Heritage on “Strictly Roots,” a record that was awarded best Reggae album of the year in 2015.

Aside from this and his own musical project, Silva has played and recorded with other notable acts including the Bay Area Afro-Cuban All Stars, Bang Data, a Grammy-nominated group from Nicaragua La Cuneta Son Machin, Rupa and the April Fishes, The Marcus Shelby Orchestra and 7 times Grammy nominated virtuosic Cuban pianist Chuchito Valdes. He can also be heard on the recently nationally released movie “Sorry To Bother You” a psychedelic comedy, where is he is a guest on the album and soundtrack, written and directed by Boots Riley.

Compositionally Silva fuses Afro-Cuban ritual drumming, Funk, EDM, Dixieland, Jazz, instrumental Pop and other many other styles, while paying homage to the tradition of trumpet players and composers that came before him.

Mario also holds an MA in Jazz Performance from California State East Bay where he was awarded the Ann & Gordon Getty Foundation Scholarship along with the Music Department Scholarship.

More info and music at www.marioalbertosilva.com